On October 30, 2022, the Japan-Malaysia Friendship Concert will be held. The dates for JACE (Japan Arts, Culture, Entertainment) 2022 are October 28–November 13, 2022. These two significant events are being announced by Toybox Projects, a prominent organisation known for exhibiting genuine Japanese culture to its viewers.

To all Japanese culture fans out there, whether you’re a casual follower or an enthusiast, this event is for you. Presented by LaLaport Bukit Bintang City Centre and organised by Toybox Projects,  the “HARAJUKU” ❤ ”KAWAII” themed JACE (Japan Arts, Culture, Entertainment) 2022, will be held at LaLaport BBCC from 28th October 2022 until 13th November 2022. Throughout the 17 days, visitors will be presented with bona fide Japanese activities that will be showcase up-close, personal and authentic experiences of the internationally popular destination HARAJUKU, in Tokyo, Japan.

Among the highlight of JACE 2022 is the exclusive meet and greet sessions with the popular Japanese artists; BACK-ON, Centimillimental, and FEMM who will be performing at the JAPAN x MALAYSIA Friendship Concert 2022. A HARAJUKU fashion show run by the a professional team is also coming from Japan.  There are also creators’ workshops and activities alongside the many booths filled with Japanese products or brands which will be  brought in exclusively from HARAJUKU, Japan just for this event! What’s more, visitors will be able to get tips on HARAJUKU Fashion, enjoy a Halloween Cosplay Contest, experience an authentic Japanese Lolita Fashion Gathering with the first ever Miss Lolita 2022 competition in Malaysia, a HARAJUKU fashion show that creates HARAJUKU itself right here in Malaysia, where visitors will experience various styles which includes kawaii Harajuku style, crazy colouful Harajuku style, street Harajuku style, lolita kimono and kimono in harajuku style arrangement. Visitors will also be able to make obi and adapt it into a dress by learning first-hand from the professional Japanese stylists who work with Japanese artists!

There are plenty of  fun activities and games which the whole family and friends will be able to enjoy together! Traditional Japanese festival games await you with exciting authentic prizes of Japanese products. You can also try out the authentic Japanese sweets and watch tea ceremony demonstrations, etc.

Kinjo, a talented Japanese comedian who has learned Bahasa Malaysia and English from scratch in Malaysia, and does comedy in those three languages will be the emcee for the opening ceremony, JAPAN x MALAYSIA Friendship Concert, Halloween cosplay contest and stand-up comedy contest.

Love listening to Japanese songs? A Japanese fashion enthusiast? Join the competition and show your talent to win eye-popping prizes! There are even more activities to be brought to you from Japan. It doesn’t stop here. An exciting collaboration with KADOKAWA Gempak Starz Girypto Photo Booth also awaits you alongside more activities.

JAPAN x MALAYSIA Friendship Concert 2022, organised and promoted by Toybox Projects and supported by Tourism Malaysia, is  a cross cultural promotional concert with the motto of introducing the various types of artists from both Japan and Malaysia. It is held to commemorate the long-time friendship between Japan and Malaysia. Volume 1 which was held in  2017, was a huge success. With regards to that success and the many requests from the fans, media, artists and music industry professionals for more series of the same concert, Volume 2 is now being presented with a different lineup of artists from both  Japan and Malaysia. The Japanese headliners include BACK-ON, Centimillimental & FEMM, while  Floor 88, Estranged, and Sakura Band as the Malaysian headliners. The concert will be held at Zepp Kuala Lumpur which is just within the LaLaport BBCC vicinity. Zepp Kuala Lumpur is a world-class rock concert hall operated by Zepp Hall Network Inc. Zepp Hall Network is a subsidiary of Sony Music Entertainment Japan. Other than the one in Kuala Lumpur, there are 8 Zepp halls in Japan, and 1 hall in Taiwan.

BACK-ON is a rock band and is a familiar name to the fans of ACG. They have many song tie-ups with popular anime series such as “Gundam”, “Initial D”, “Fairy Tale” and many more. One of the its members is fluent in English, while the other is fluent in Chinese. They have toured worldwide and are celebrating their 20th anniversary this year. Their music and live performances have received worldwide acclaim.

Centimillimental is a singer songwriter who is a winner of one of the major auditions in Japan and is currently a rising star in Japan. He is best known for his songs from the popular anime “Given” and “Bakuten!!”. In 2015, out of 5000 contestants, he won the Grand Prix at Inazuma Gate contest under the pseudonym (“Hey, Don’t Forget”). Following the success, he made his major debut in 2019 with his single “Kizuato” which is the opening theme song for the anime “Given” with over 26M streams on Spotify making it a smash hit debut and also, he wrote all the band songs for this anime as his writing skills hit the spotlight. These songs have a total of 140M streams on Spotify. He also writes songs and produces works for other artists such as Sakurazaka46, “Samidareyo”, Hinatazaka46 “Bokunanka” and others.

FEMM, short for “Far East Mention Mannequins” is the first-ever female rap duo with a unique concept of portraying themselves as mannequins. Their upbeat and stylish sound has captured the attention of Japanese culture fans around the world, especially in western countries. Their fashionable look is also loved by fans of cosplay and Japanese pop culture. Pow!/L.C.S, FEMM’s major debut and first physical album, was released in February 2016.

Different languages, different melodies, but for the same reason. Come and enjoy the music, dance and have fun on Sunday the 30th of October 2022 at Zepp Kuala Lumpur. Mark your calendar and grab your tickets now!

The VIP tickets include meet & greet and poster. All prices exclude ticket processing fees and other handling fees. Tickets are on sale beginning 24 September 2022, 3pm at https://ilassotickets.com/.

Note: VVIP Party Box is limited to only 8 rooms.

VIP A tickets for all categories have been sold out. With the high demand and request from the fans and after discussion with the artists, the organisers have decided to add on more VIP A tickets, only for the Rock Zone. This is your last chance to grab the tickets. Don’t wait til it’s sold out. Grab the tickets now!

Fan Meeting is open to the public and will take place at JACE 2022 at LaLaport BBCC, Main Atrium on 29 October 2022 at 2.00pm. On Saturday 29 October 2022, purchase any artist merchandise to get a solo photo session with them at limited pax only. There will be a talk session as well.

The public is invited to attend. Artists from both Malaysia and Japan will be attending the press conference and there will be a mini Harajuku fashion show as well.

Organiser reserves the rights to alter the terms & conditions and/or the contents without prior notice. Photography or videography are strictly prohibited inside the venue without the permission of the organiser. No outside F&B allowed in the venue.  Children aged under 15 years old are advised to be accompanied by the guardian. Organiser reserves the rights to refuse or escort out any personnel with any inappropriate behaviour. 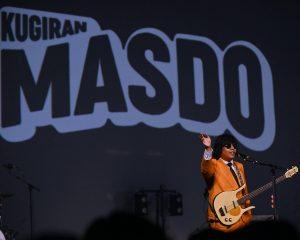